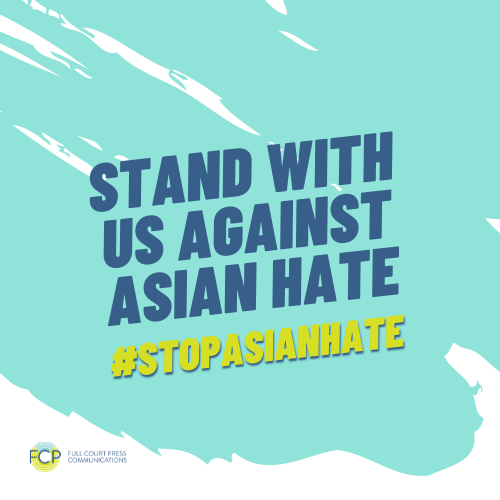 Asian American Pacific Islander (AAPI) communities are being attacked. According to Stop AAPI Hate, a nonprofit organization tracking Asian hate incidents nationwide, there were 2,808 reports of anti-Asian discrimination from March through December 2020. Since then, the numbers have skyrocketed. The current upticks in anti-Asian hate crimes have mostly taken place in San Francisco and Oakland Chinatowns.

Now is the moment to firmly rebuke any form of Asian xenophobia and support Asian American communities. Below are five ways we are working to support the AAPI community – please join us to #StopAsianHate.

The narrative around Asian Americans as the “Model Minority” hurts the many different Asian American subgroups. The model minority myth is a stereotype placed on Asian Americans that each individual will be smart, hard-working, docile, submissive, and living the “American Dream.”

Professor Michael Kraus and PhD Candidate Eunice Eun from Yale’s School of Management explains the myth: “Asian people living in the U.S. are often held up as the paragon of integration into American culture. Stereotypes abound—from mathematical whizzes and Tiger Moms to polite, law-abiding doctors, lawyers, and engineers—and they paint an exceedingly favorable picture of immigrant striving and thriving. But this model minority mythology simplifies and distorts the experiences of Asian people in this country.”

This narrative treats all Asian Americans as a monolith. It also overlooks the many varied experiences of different Asian American communities, especially those who migrated to the US as refugees through war and settled into low-income neighborhoods. Lastly, this myth causes strife within communities of color, pitting them against each other.

Viet Thanh Nguyen, a Pulitzer Prize writer and Vietnam immigrant in Time Magazine wrote, “To the extent that we experience advantage because of our race, we are also complicit in holding up a system that disadvantages Black, Brown and Indigenous people because of their race.”

To change this hurtful narrative, we must recognize and listen to the individual experiences of the many different groups of Asian Americans. We also must recognize the ways that this “model minority” myth holds Black, Brown, and Indigenous people back by perpetuating a standard that is based on white supremacy.

Follow and reshare information from organizations that are backed by research and funding specifically around AAPI issues.This can also help avoid spreading false information that can further hurt the AAPI community. Here are a few AAPI groups we’ve found to be credible resources in sharing anti-Asian hate news, data, and support services:

3. Donate to National and Local AAPI groups that are fighting Asian hate crimes.

There are many long-standing organizations that provide support services to Asian American communities and a few that have launched recently due to the current uptick in anti-Asian hate crimes. We chose to support one local agency doing this work and encourage others to do the same. Here are a few local and national organizations and funds we recommend considering when making donations.

Shop and buy from local Asian-owned businesses, especially those in Chinatowns. Order take-out from Asian-owned restaurants. If you live in the SF/Bay Area, Brooklyn, Manhattan, or Seattle, visit Chinese Food Club for a directory of local Chinatown restaurants.

5. Report hate crimes in your community when you see them happen.

In response to the alarming escalation in xenophobia and bigotry resulting from the COVID-19 pandemic, the Asian Pacific Planning and Policy Council (A3PCON), Chinese for Affirmative Action (CAA), and the Asian American Studies Department of San Francisco State University launched the Stop AAPI Hate reporting center on March 19, 2020. The center tracks and responds to incidents of hate, violence, harassment, discrimination, shunning, and child bullying against Asian Americans and Pacific Islanders in the United States.

If you are the victim of or witness a hate crime against one of your Asian American neighbors, you can report it on Stop AAPI Hate to add to the national anti-Asian hate crime tracking database.